Are You Aware of the Mercury Volumes in FPDs?

Find me on:
LinkedIn 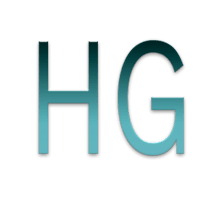 The recycling of Flat Panel Displays (FPD) poses a problem for electronic equipment recyclers as they have mercury containing CCFLs and dangerous elements and substances (i.e. , Mercury, Liquid Crystal & Cadmium).

Research conducted on behalf of the EU found that a typical 32” FPD TV contains 45mg of mercury. A study (2010) states lamp manufacturers have declared an average amount of mercury per CCFL being 3.5 mg, another study in 2011 found up to 3.88mg per CCFL.  With there being no widely available testing of both gaseous and liquid mercury, we can only be sure there are significant amount of mercury in CCFL FPD's.

How are People Exposed?

FPD's contain mercury within the CCFL backlights. Mercury is the second most dangerous heavy metal on the Periodic Table and its toxic properties are a health concern to humans and the environment. When CCFLs are damaged they create direct exposure to mercury vapour and mercury liquid, which poses a high risk to humans and the environment. It is easily absorbed through the lungs and can lead to severe respiratory tract and damage.  Similarly, skin contact with mercury may cause irritation and burning with symptoms of pain.

National legislation may apply further limits on blood and urine of workers and air emission level also vary on a national basis.

When Handling FPDs both the environment and the operators need to be protected. Ensuing their safety included using best available recycling technology. The best way to protecting your staff is mitigation of the mercury exposure risk. Remove staff from performing the hazardous task of removing CCFLs tubes in the FPDs. Using Mercury abatement filtration through carbon protecting the atmosphere as well as the wider community.

If you treat FPD’s we can help keep your employees safe and your business more profitable.

The FPD PRO, with Donaldson Filtration, captures all hazardous materials within the machine ensuring high standards of safety in the workplace.

FPD Recycling was established in 2019. The goal is to deliver safe, affordable and profitable technology to recyclers.